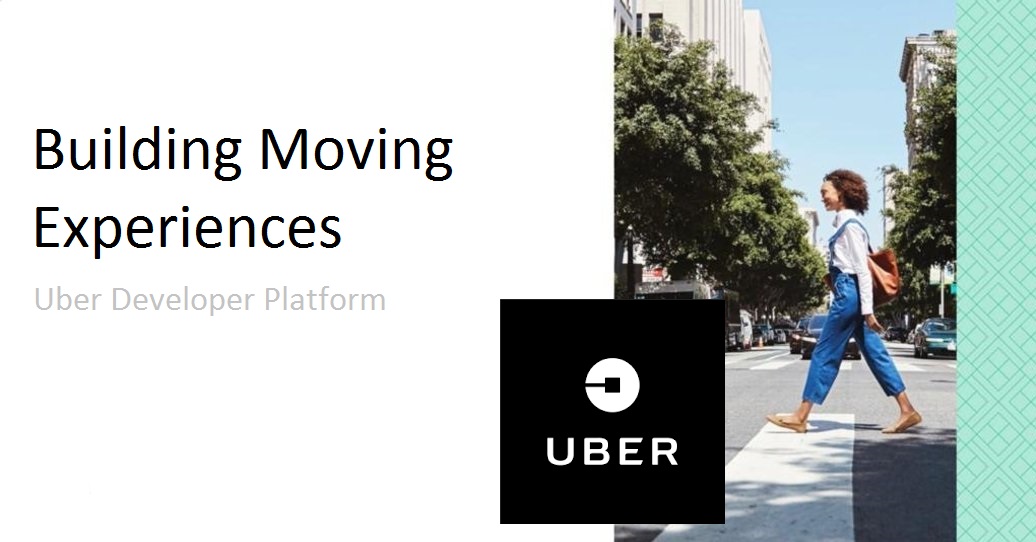 To find out more on how Uber built and launched the Uber Developer Platform join Dustin Whittle session during Code Europe on Mai 23rd  in Wrocław or 25th in Warsaw.

What were your first steps with programming ?

When I was in the 1st grade my elementary school gave me a computer and I believe that was the first step to my current career. I started tinkering with computers and bulletin board systems and along came the Internet. The rest is history.

I started coding at a young age and started consulting professionally at fifteen. I worked hard from the beginning and went to school at the same time. At one point I ended up working with one of my professors. From there I got into open-source world through my interest in the Symfony framework. In the end of 2005 Yahoo was rebuilding Delicious and Yahoo! Answers and reached out to see if I would help. I joined Yahoo to drive their adoption of the symfony framework and got an interest in enabling developers through their application platform and developer network where I was promoting their APIs and open-source tools. After I finished my mission at Yahoo I wanted more freedom in my life so I started consulting on open-source + performance. Eventually, I got tired of selling my time by the hour and wanted to build a startup. I joined Kwarter as an early stage startup as CTO and we launched a platform for second screen gaming. Eventually, I realized the part of my role I really enjoyed the most was enabling developers to build, so I joined AppDynamics as their first Developer Advocate. After almost four years of working with enterprises I realized I wanted to focus on the consumer side again — that is what brought me to Uber. It has been a wild ride ever since!

Now you are Developer Advocate at  Uber, earlier you were Developer Evangelist. Can you reveal what is your job specifics?

The mission of the Uber Developer Platform is to Build Moving Experiences. This mission really reflects one of our internal cultural values at Uber to “Let Builders Build” and so one of the core goals of our Developer Relations team is to enable external developers to build with Uber. Most companies think of Developer Advocates as just technical marketing. At Uber the role is much larger as we help our internal product teams launch developer products and we work closely with our external community to make sure they are successful building on top of these developer products. This comes in many forms from writing tutorials and sample apps to presenting at conferences and working in person with developers.

How did you get the job at Uber? How did your process look like, how long did it take?

I had a friend who worked on the team so I inquired about what the Developer Advocate role looked like and once I understood their vision I knew I had to be apart of it. From that point I applied online like everyone else and my future boss reached out to me via email and we had a phone call. From there I built an app using the Uber Developer Platform and came on-site to have interviews where I walked through what I build and we had great discussions on how to build platforms for developers. In the end it worked out!

On Code Europe conference you will talk about Building Platforms for Developers, can you tell us a bit more about this platform?

In my talk I dive into how the Uber Developer Platform was started and how we built it over the last few years. I will explain some of the original needs, the evolution of the platform, and lessons we learned along the way.

And how did Uber build and launch the Uber Developer Platform? Why is this platform important?

Uber is currently on 6 continents, in 73 countries, and in more than 470 cities across the globe. By partnering with more than 1.5 million driver partners that on average are making 5 million trips per day we were able to achieve our 2 billionth ride last year. We believe that this represents a massive opportunity for third-parties to elevate their experiences with Uber using our Developer Platform.

Uber first launched its API in 2014. By 2015 we had launched our Developer Platform with the goal of leading the evolution of Uber into a world-class open developer platform for moving people and things. Today, the world’s leading global brands elevate their user experiences with Uber. Our platform interacts with the real-world and unlike freemium services all of our users are transactional: riders, drivers, eaters, and couriers. People rely on our technology—to make money, to go where they need to go. We created an open platform to foster adoption and enhance the experience of all of our users. We are already seeing amazing creations from tools for drivers to compelling trip experiences for riders.

Soft skills seem to be quite crucial on your position. Which competences are the most important in your role?

As a Developer Advocate soft skill are critical. I think the most important soft skills are communication and time/project management. When you are helping many concurrent developers build moving experiences it becomes critical to communicate effectively and balance many ongoing demands. Often, the challenges are not technical. Practice makes perfect.

What is some career advice that you can give for an aspiring junior software engineer to succeed in their career?

Be the weakest link on your team. When you are no longer the weakest link; find a new team.  When deciding your first few roles: don’t think about the money, go where you will learn the most. If you do this one thing you will have a long career as an engineer. I have only been able to learn so much as I have gone out of my way to surround myself with amazing people. People who teach me something new every day. Truly understand that there is something to learn from everyone and go in with an attitude to absorb as much as possible every day (especially from non-technical people). Contribute to open-source and find ways to just add value to projects you are passionate about. Connect people (especially when there is nothing in it for you). Never assume malicious intent. Good luck – it has never been easier to have a successful career as an engineer anywhere in the world!